Bolivia still isn’t seen as a country to visit in its own right by many people. Far more often, people call in en route from Chile to Peru or Brazil, or even just zip over the border and back in a day on a tour of the Salar de Uyuni or Lake Titicaca. You don’t have to stop off there, but why not tick off another country on your list? Well, as it ranks very highly on HasAnyoneBeenTo’s favourite countries, we think there is much more to Bolivia than most people get to see, and that it deserves much greater recognition by travellers who like to slow down and see places.

However, as proud as we are of our website, we do know we are unlikely to change the face of international travel in an article, so for those of you who a whizzing through, here’s a one stop shop of what Bolivia has to offer and where. If you’re only there for a day or two, make sure you see the things you want to see.

One of the few places that you are more likely to see if you aren’t visiting Bolivia than if you are, Cobija is a border town in the jungle. It is connected to the rest of Bolivia by one road, when the weather permits, but to Brazil by two. Only 600km North of La Paz, it can easily take two days to drive here on dusty unpaved roads. However just over the border in Brazil the roads are asphalt and the jungle cleared. And that’s why you might want to come here. In the dryer months, you can really get into untouched jungle in the Manuripi National Reserve, including trips to Lago Bay, a lake accessible only by boat. 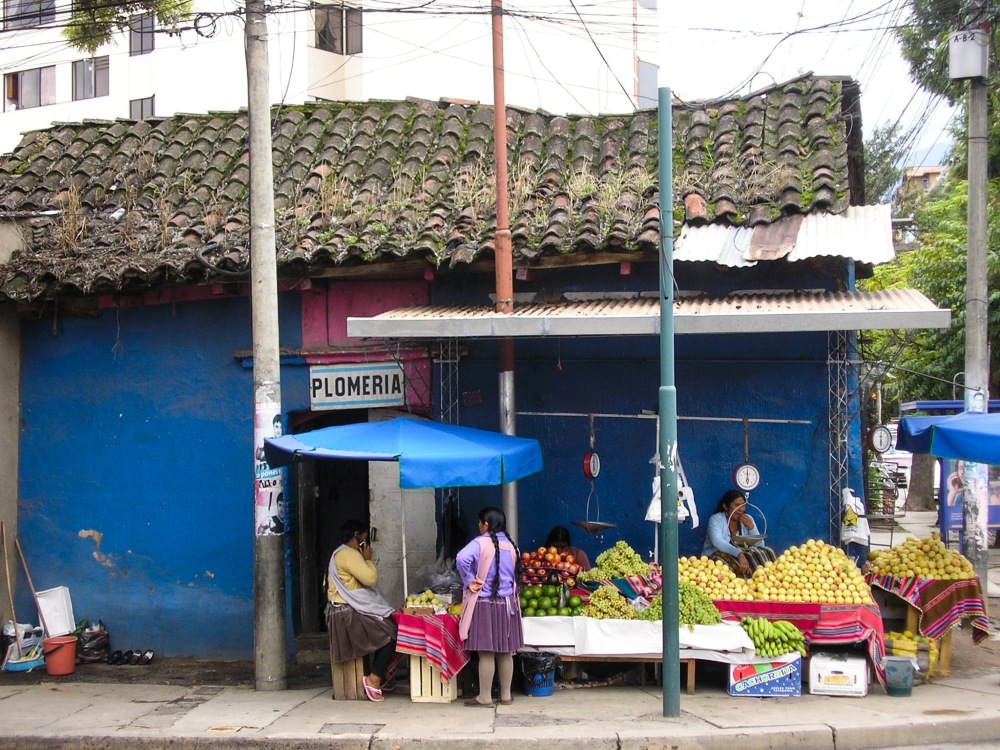 With the nickname “The City Of Eternal Spring”, Cochabamba is a relief to visit after sweltering awayin humid jungles. It is a big city by Bolivian standards, the centre being home to around 700,000 people, but the best bits are centrally located and it’s a very pleasant city to walk around. It sits in a bowl surrounded by the peaks of the cordillera, which means unlike lots of Bolivia, it’s reasonably flat which also helps exploration. HasAnyoneBeenTo… feels that Cochabamba represents the whole of Bolivia best of any towns.

The country is divided East and West, Spanish and Campesinos, those who wish to move forward like other Western Nations and those who want to do so with their own traditions, and it feels like all these voices have had their say in Cochabamba. It’s a city any industrialized Westerner would recognise, but there are Campesinos everywhere, making it work. There are festivals and parties everyday it seems, with the old traditions genuinely alive in the modern city, and not just for museum displays. It’s a young city, with the university keeping it so, and Avenida Espana is the full of late night cafés and bars with live music most nights, but especially Friday and Saturday nights.

La Cancha (Wednesdays and Saturdays) is also a big draw for many, being the largest market in Bolivia and selling everything you could imagine, from household essentials to tacky souvenirs to traditional musical instruments and clothing. Cochabamba is also a great centre for day trips, with Inca ruins, dinosaur footprints and nature reserves all easily accessible. Oh, and it’s got the world’s second largest Jesus (after Poland if you must know).

This is a very tourist centred town on the shore of Lake Titicaca. Accessible by bus from both La Paz and Puno in Chile, it’s the perfect place to spend a night and explore the Lake and it’s Incan ruins. 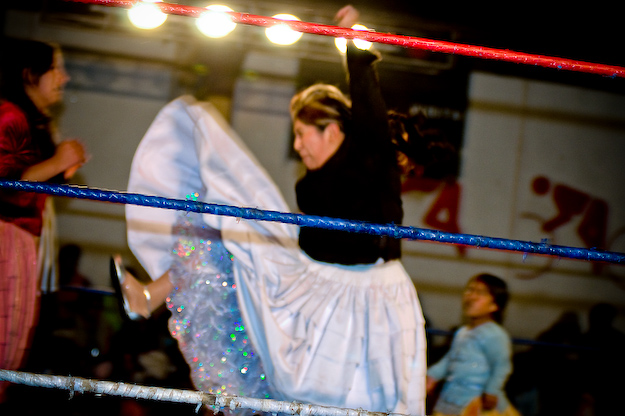 La Paz is Bolivia’s second capital, but feels very like the first. It has a busy and hectic feel to it, and while many of the museums are worth a visit, there isn’t much in the city itself that need detain people looking to really experience Bolivia. That said, a quick bus ride up the hill to El Alto, a sprawling suburb of La Paz that is now a city in its own right, gives you the chance to see the very Bolivian Cholitas– the female wrestlers who know how to put on a show.  Also, the witches market is worth seeing, and still as frequented by locals as tourists, buying dried llama foetuses and other potions for remedies and spells. You can do day trips to both Tiwanacu and Lake Titicaca from here, but for Lake Titicaca it is better to spend at least one night in Copacabana to see the best of it.

While Oruro does have a few year round attractions like museums and a rather run down zoo, the only real reason to drop by if you’re on a tight schedule is for Carnaval. While this is celebrated in most places in Bolivia, in Oruro it is something rather special, and has been designated a UNESCO Cultural Heritage site. The carnaval takes place every February, in time to finish on Ash Wednesday.

The highest city in the world, Potosi is worth a visit just to experience the dizziness and breathlessness everyone feels on arrival. The cathedral is also, according to some catholics, the holiest in the world, as the bell is the closest to heaven. Regardless of your religious beliefs, a trip up the belltower to see the terracotta rooves spreading away until they reach the bulk of the Cerro Rico which just keeps on climbing up to the sky.

Most people who visit Potosi do a mine tour. These are often dangerous, and while some are run by mine co-operatives who take the profits, there is much to suggest these tours are not worth the risk, even for the bragging rights. If you want to help the miners and their families, either just donate, or visit the miners market, where the stalls are often run by miners wives and widows and spend there. However, if you really to go deep underground, in the dark and play with dynamite, this is the place to do it. In contrast to the rest of Potosi, which is old and dusty, there is a swanky and modern restaurant-cum-viewing tower that revolves to give a full 360° view of the town and mines.

Rurrenabaque is the place to go to for jungle tours or jungle adventures in Bolivia, which is why it has become such a haven for backpackers, with cafés and hostels everywhere in the small centre. Just outside the town is an adventure resort, with jungle horse riding and golf. The town itself has a zipline through the jungle, and plenty of tour operators willing to take you into the wild. In the right season, trips on the river are also an option. Rurrenabaque is a long bus drive from La Paz, or a short, but often cancelled, flight.

Low-lying (for Bolivia) and humid, Santa Cruz is one of the fastest growing cities in the world. With direct flights from the USA and Madrid, it is often people’s first sight of Bolivia, and a very useful jumping off point for jungle excursions. It’s also the starting point of the train up to the Brazilian border. This journey takes 21 hours on the slow train, and once at the border, you can get a taxi for five minutes and hop on the Brazilian train straight to Sao Paolo or Rio de Janeiro.

Sucre is politically similar to Santa Cruz. It’s a European feeling city, with a very relaxed and Sunday-afternoon vibe to it. A popular town with tourists, there are plenty of tours running, from quad biking to hikes to local village tours. There are also lots of volunteer opportunities in the area, usually with schools and street children. The local Tarabuco Market on Sundays is just a bus ride away and full of handicrafts. People visiting Sucre often end up spending more time here than the guidebooks suggest they need to.

Another jungle town in the North of Bolivia, Trinidad is a small town with hundreds of motorbikes, making the place seem dusty and chaotic. However, it is a good base for river trips, lasting from a few hours to several days, and from the town you can visit a unique species of river dolphin. The nearby Laguna Suarez is used by locals and tourist alike for watersports. The whole area was and is a centre for Moxos (or Mojos) culture, who created the large Laguna Suarez, and you can see their customs still alive in local villages and also preserved in the museums here. 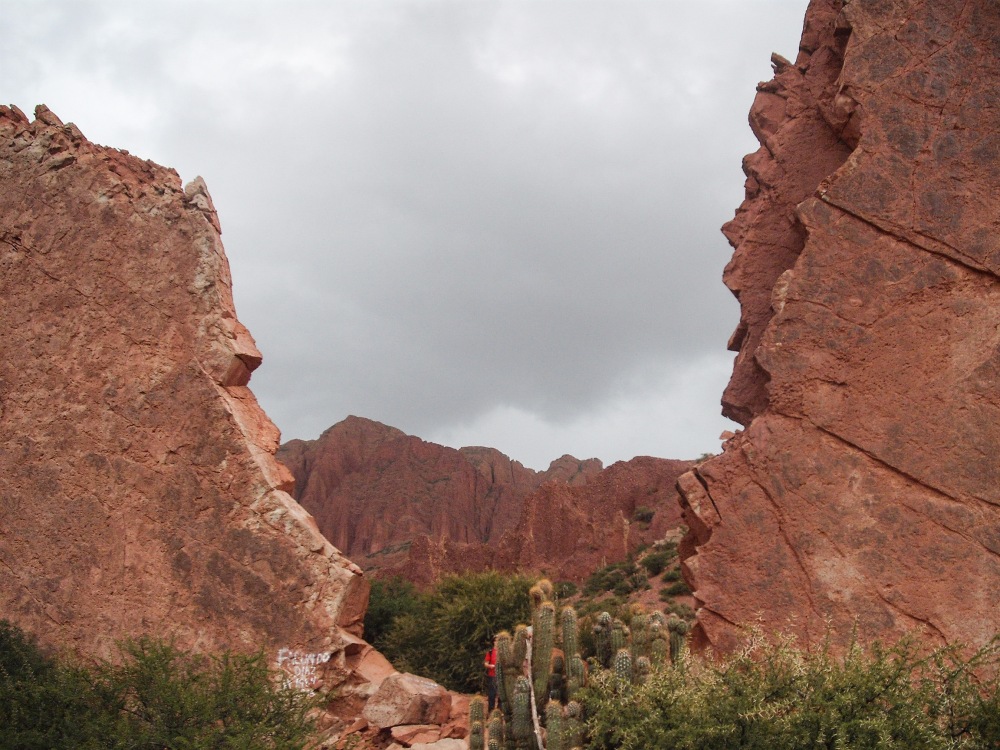 In the south of Bolivia, near Argentina, Tupiza has a very different landscape to the other places above. You can’t help but feel as if you’ve walked straight into an old spaghetti western, with the red, dusty landscape and strange jutting rock formations. There are plenty of ways of getting out and about in the countryside.

You can hike, go by 4WD or horse, which to us feels the most authentic way of exploring around here. These are supposedly the hills in which Butch Cassidy and the Sundance Kid hid out in, before being shot in nearby San Vincente. Guides offer tours of these areas, but the authenticity of many sites is dubious. Tours of the Salar de Uyuni do run from here, but the distance adds a good day travelling to the tours, and altitude change can make people quite sick. It is better to go from Uyuni.

Visit for: Tours of the Salar de Uyuni, From Chile

Uyuni is a town that was originally little more than a railway junction, and it still has that vibe about it- a town that people are just passing through. It’s main, and really only attraction, is the nearby Salar de Uyuni, the largest salt flat in the world, and the flattest place on Earth. It is remarkable, and although it’s well touristed, it’s big enough that, lunch stops aside, you can feel like the only jeep out there. Even the shortest tours also take in the train graveyard, which while it sounds unexciting, is actually quite atmospheric, and very photogenic. One of the trains held up by Butch and Sundance is there as well. The longer tours also take in the various coloured lagoons, hot springs and stone formations further out in the Bolivian portion of the Atacama Desert. You can also get one way tours over the border, either to or from Chile, which are quite popular.