Why is it that terrible warnings from educated people hold such an allure? Colonel Fawcett specifically forbade anyone from tracking him down if he were to not make it back from one of his Amazonian expeditions, yet since he did exactly that, scores of adventurers have been lost on his trail. He specifically forbade the publication of his journals, in order to dissuade the excitable heroes, yet I picked up a copy of Exploration Fawcett in my local high street. Yet I am glad that people hear “don’t” and immediately do. Not that I’m pleased that so many have been lost looking for him, but otherwise our world would be infinitely less rich, less spontaneous and less interesting. And we wouldn’t get to read his astonishing and inspiring journals. 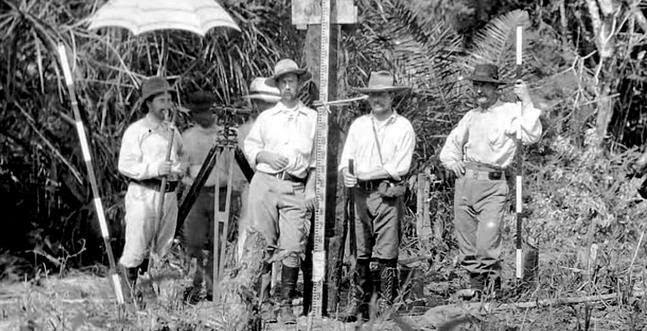 Fawcett’s book, edited by his son so as to not give away locations or co-ordinates, takes you on a mammoth journey, from his military service in Asia to his time studying with the Royal Geographic Society in London to his most famous expeditions in South America. He does write with the imperialist attitude that befits his time, but given his military background, he is remarkably liberal. He spends a great deal of time talking of the poor treatment the various Amazonian tribes received from the western rubber plantation owners, often pointing out that the tribes wouldn’t be hostile if the rubber plantation owners “refrained from molesting the Indians”. In all honesty, given the scathing eye he also turns on English settlers, government officials and fellow explorers, it may be less of an imperialist attitude he write with, and more of a superiority complex. Indeed, he famously believed that if he failed in his attempt to find the Lost City of Z, no one else could ever succeed.

He had some grounds for this belief- his success at penetrating areas of the jungle no one else could was down to one simple tactic that it took years for others to copy- make friends en route, not enemies. Other explorers and surveyors saw the rainforest and its inhabitants as a foe to be defeated, and went armed appropriately. This led to hostile encounters with native tribes, and a lot more mouths to feed. Fawcett, however, travelled light, both in terms of people and supplies. When he encountered a stranger he gave gifts and tried to learn words of their languages. In turn they showed him how to live off the jungle and didn’t attack him with poisoned spears. Both of these were a considerable advantage over his contemporaries. The meetings with those tribes who haven’t had outside contact before is incredible reading, and the photos he got help you to realise that this all really happened, and not that long ago.

Even when Fawcett was writing he was lamenting the loss of the jungle, then being encroached upon by expanding towns and rubber plantations. He regretted not only its destruction, but also its diminishing mystery, caused in a large part by himself. He foresaw the day when it had been completely explored, when there were no more hidden places. Exploration now is a different ball game, although there are still places on earth people haven’t been. But with aerial satellite photography, GPS and constant contact, it somehow seems less intrepid, exciting and dangerous.

Reading Exploration Fawcett is an adventure in itself. It makes you simultaneously terrified of ever setting foot in a jungle, and eager to get out there and do it yourself. Sweat bees living in your eyes, piranhas in the rivers and giant anacondas hold a danger so exotic to the average life it feels unlikely it will actually hurt you. Couple that with the romantic images of mule trains across the Andes and canoes down the Amazon and the entice of the jungle is almost too much to bear. Throw in a missing ending, as well as a missing author, a secret map and ancient alphabet and you have all the ingredients of a school boys dream.

Everyone should read this book regardless of there interest in South America, but for anyone going to Brazil or Bolivia, this is essential. It opens a door to the South America you are probably imagining before you go. Read it and look at how much has changed, and also how much is the same. Read it, and be pleased someone else has already braved the leeches and mosquitos and myriad of other parasites to show you the interior of the jungle. Or fall under the spell of a terrible warning and follow him into the Amazon yourself.